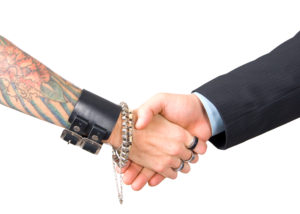 At first glance, it may not seem Austin Carlile, the front-man of the metal-core band Of Mice & Men and I have much in common. We grew up about 100 miles from each other, myself from Panama City, and Austin from Pensacola, but it would seem our Floridian heritage would be the end of our common ground.

Perhaps, there’s something in the water. Austin Carlile suffers from Marfan Syndrome. Marfan Syndrome is a genetic disorder that affects the connective tissue in the body. The syndrome often affects the heart and aorta. The most serious cases can lead to early death if not treated properly. Like Austin, I too have an aortic aneurysm caused by a related connective tissue disorder. I suffer from Cutis Laxa.

Besides regularly tweeting his struggles, Austin also has shared his battle with Marfan Syndrome during multiple interviews. His willingness to openly share his experience provides inspiration for others dealing with the complications of genetic disorders. Austin has dealt with heart related issues stemming from Marfan Syndrome. He underwent surgery in 2010, and additional health complications in 2015 led to the cancellation of tour dates and hospitalization for Austin. Like Austin, I have also had open heart surgery and am currently managing an aortic aneurysm which will require additional surgery in the future.

Like Austin, I am certain that early identification and treatment can save lives and am passionate about informing others about genetic disorders. While Austin uses his national platform of music fans to share his struggles, I have formed a partnership with IBM Watson and Emory University to provide a “GPS for Genetics”.

This guide is called ThinkGenetic.com.  Our website includes information to help patients, as well as physicians, to identify genetic conditions, the next steps for testing and, ultimately, a treatment plan.

As a kindred spirit, I thank Austin for his bravery to speak out about his situation and share openly. I hope his voice advocating education and early treatment continues to ring loud for the public eye. I challenge you to take a cue from Austin and share your story of living with a genetic disorder. 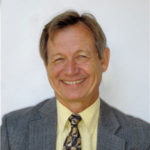 About Dave Jacob: As CEO of ThinkGenetic, Dave Jacob focuses on the strategy and development of the thinkgenetic.com project. Dave has been a successful businessman, pilot and professional bowler over his varied career. Jacob spent 18 years at EDS, a worldwide systems integration public company, in technical development, management and sales in the healthcare and manufacturing sectors. He was the CEO of Data Solutions Corporation, a subsidiary of Data General, before founding JSI in 1993 and Davalen, LLC in 2006. Earlier in his career, Dave entered the Naval Flight program and served as the maintenance officer at the US Navy Test Pilot school before his honorable discharge in 1972. Jacob earned his bachelors degree in Applied Math and Physics from Florida State University. In addition, Jacob has served on the board of various charities.

Dave comes from successful careers in internet technology (IT) and business. As regional vice president of sales at Electronic Data Systems (EDS), he helped grow the company from $100M to $2.5B before it was acquired by General Motors (GM). He went on the found two successful startups, where he still serves in a leadership capacity.

As the CEO of ThinkGenetic, Dave brings his business acumen to the table, along with his personal experiences as a patient and father living with a rare genetic disease.