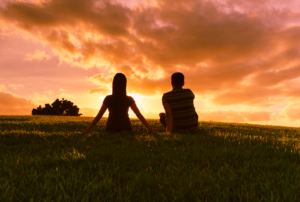 Lauren Potter, 26, is one of the most famous people living with Down Syndrome (also known as Trisomy 21). Lauren’s role as teenager Becky Jackson on Glee from 2009-2015, brought her into the homes of millions of Americans each week. On the show, Lauren’s sassy character tries out and makes the cheerleading squad, works as a student helper, and navigates the social jungle of high school. The most memorable moments on the show address the relationship and interaction between Becky and tough-as-nails cheer coach Sue Sylvester.

In real life, Lauren has used her status to advocate for individuals with all types of special needs. She’s traveled extensively giving speeches that promote inclusion. At 21 she was asked to serve on President Obama’s Committee for People with Intellectual Disabilities. The committee, made up of 21 citizens and 13 federal representatives, advised the President and Secretary of Health and Human Services on issues pertaining to Americans with intellectual and physical disabilities.

In August, she once again entered the news reports due to her engagement to her boyfriend Timothy Spear.

Potter and Spear, who were both born with Down Syndrome, attended the same infant simulation classes in Riverside, California as children. Their families stayed in touch over the years, but the couple’s romantic relationship began while they were both living in Laguna Beach.

Spear picked out a ring, made payments and planned a romantic picnic. He got down on one knee and asked Lauren to be his “one-and-only” and to marry him when “they’re ready”. She enthusiastically said yes and the two watched the sunset together.

Lauren serves as an inspiration to individuals with Down Syndrome and others with life altering genetic disorders. Her success in her acting career, advocacy, as well as her personal life show others that now, more than ever, individuals with Down Syndrome are out there living their lives like everyone else. In fact Lauren’s talent and drive may have paved the way for the new reality TV show “Born This Way” on A&E Network which follows seven Southern California young adults with Down syndrome and their families as they navigate jobs and relationships and look to gain greater independence.

We wish Lauren and Timothy the best of luck in their futures together, and look forward to hearing of other causes for celebrations in their lives.