Prince was one of the most successful musicians of all time. For over four decades he created a steady stream of Grammy and AMA award-winning music. Behind his music, his troubled childhood and relationships became common knowledge. However, most fans are unaware that in 1996 Prince and his first wife, Mayte Garcia, had a son, Ahmir Gregory Nelson, who died only after seven days of life from complications due to severe Pfeiffer Syndrome. 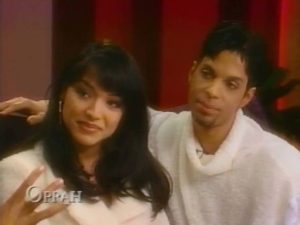 Pfeiffer syndrome is a rare genetic condition, with an average occurrence of one out of every 100,000 births.  It is caused by a genetic mutation that results in the bones in the skull to fuse prematurely (craniosynostosis), unsual fingers, crowded teeth and facial changes. In severe Pfeiffer syndrome (Type 2 and 3) problems with the organs and brain development may occur and be life threatening.  The experience of children who have Pfeiffer syndrome is variable. For some, the condition mainly causes cosmetic facial symptoms. Others may have severe symptoms affecting breathing, feeding, vision and brain development. 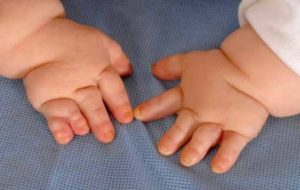 Prince and his wife did not have Pfeiffer syndrome, it is most likely Gregory’s Pfeiffer syndomr was caused by a new mutation.  The couple talked about having a baby in an interview with Oprah Winfrey in 1996 but they never mentioned Gregory’s health problems. Prince did show the child’s playroom and said:

“We have a long way to go; there will be many more children…”

However, like many couples experiencing the loss of a beloved child, Prince and Mayte divorced shortly after their son’s death. The new memoir Mayte is publishing about her time with Prince may shed new light into the time the two shared together before, during and after Gregory’s diagnosis.

Prince, despite his fame and fortune, was just like any parent, he wanted to protect his child from the world.  Unlike many, he silently mourned the loss of his child to a rare and fatal genetic disorder.