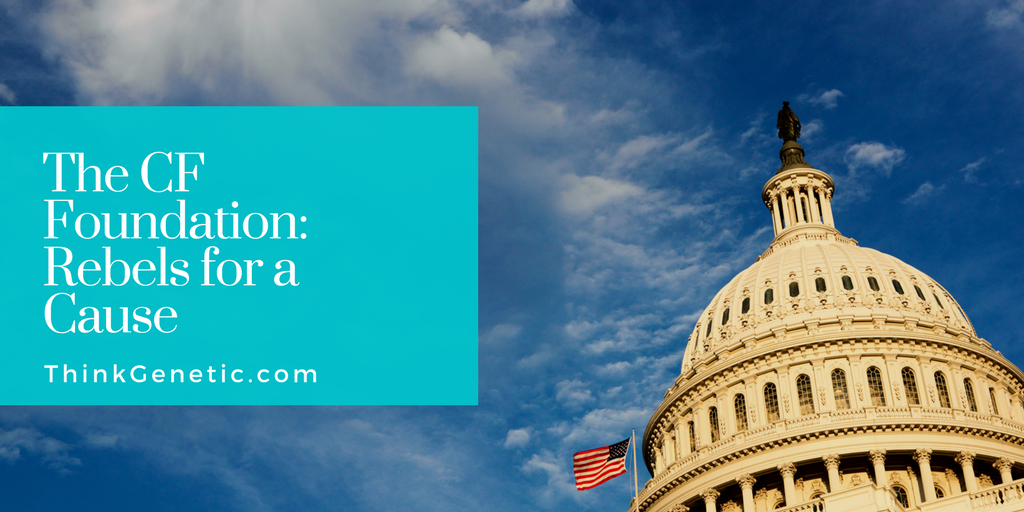 So many people talk about changing the world, but then there are those like the Cystic Fibrosis Foundation who put these words into action.  For decades, this nonprofit has been actively working to take research to the people who have cystic fibrosis (CF). Combining business tactics with patient advocacy, the CF Foundation has blazed new trails for nonprofits looking to change the world.

The CF Foundation’s model for venture philanthropy has been recognized and praised by leaders in medicine, business, and health advocacy. Possibly the most notable, President Barack Obama, mentioned them during his 2015 State of the Union address.

In the late 1990s, the CF Foundation decided to start taking a more direct approach to finding treatments for the cause of the condition, not just the symptoms. They challenged themselves to do more than just fund university based research and invested in a small biotechnology firm to help discover and develop medications to treat the underlying cause of cystic fibrosis.

After receiving an initial donation of $20 million from the Bill and Melinda Gates Foundation, Aurora Biosciences caught the attention of the CF Foundation. With an additional investment of $30 million by the CF Foundation, Aurora worked to identify and develop three drug candidates that could target the cause of cystic fibrosis.  This was a monumental step forward in a growing trend of increased patient involvement in research and development.

Twenty years later, the CF Foundation achieved their goal.  January 31, 2012 was a historic day for the CF community. The U.S. Food and Drug Administration (FDA) approved the first drug that targeted the underlying cause of cystic fibrosis, Aurora Bioscience’s ivacaftor (Kalydeco®).

The CF Foundation’s targeted investment with Aurora Biosciences had paid off for thousands of people with CF. In 2014, the CF Foundation sold the rights to their drug royalties for $3.3 billion, 20 times the foundation’s budget from the previous year. The payout was one of the largest financial returns ever achieved by a charitable organization pursuing treatments for disease.

Their success encouraged other patient advocacy groups to seek their own deals with pharmaceutical companies. While the CF Foundation’s approach has been widely emulated, it was the true pioneer of empowering those affected by genetic conditions.