Did you know that more than 50% of Americans own pets? Whether they have cats, dogs, horses, birds, or tropical fish – Americans are pet lovers. And while ThinkGenetic focuses on genetic conditions in humans, I wanted to take a moment and remind you that our furry (and scaly!) friends also have genes and therefore, can also have changes in their genes. Like humans, these gene changes can cause differences that make us unique or perhaps cause disease. Learning more about genetic conditions in animals can help us better understand how they occur in people. 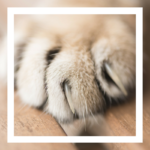 For example, polydactyly is a condition in which an individual is born with extra fingers or toes. Polydactyly can also be seen in dogs and, even more commonly, in cats. Sailors believed that the larger paws on these cats made them better “mousers” and considered them good luck. In fact, it’s because of this that cats with polydactyly are so widespread!

Nobel Prize-winning author Ernest Hemingway famously admired cats with polydactyly after being given a six-toed kitten from a ship’s captain. Upon his death, the author’s home in Key West, Florida was converted to a museum where more than 20 cats with polydactyly currently roam.  Hemingway’s immense love for these special cats has resulted in them sometimes being referred to as “Hemingway cats.”  Regardless of the species, polydactyly is usually inherited in an autosomal dominant pattern. This means that approximately 50% of the children of a human or animal with polydactyly will also have extra fingers or toes, so it can run in families. 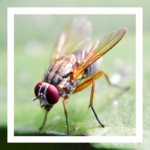 Discovering how a genetic condition works in humans often happens after learning how it works in other organisms, like plants and animals (remember Gregor Mendel and Thomas Hunt Morgan and their genetics research with pea plants and fruit flies?). Due to similarities in genetic sequences, genetic diseases can overlap between humans and other species. Animals can also be used to enhance our understanding of the cause and progression of human genetic diseases, and have proved to be helpful in discovering targets for drugs and medications.

A 2012 article  described gene mutations in sheep, cattle, and goats known to cause 14 genetic diseases similar to those found in humans, such as Gaucher disease, Ehlers-Danlos syndrome, and Batten disease (or neuronal ceroid lipofuscinoses). Several of the sheep models studied have made a significant impact on our understanding of particular genetic diseases.

For example, the neuronal ceroid lipofuscinoses (NCLs) are a group of genetic diseases that affect the neurological system. The main symptoms include seizures, loss of mental abilities, loss of physical abilities, and vision loss. As of 2017, changes in 13 different genes are known to cause NCLs. Mutations in two of these genes (CLN5 and CLN6) have been found in sheep originating from New Zealand and Australia. Interestingly, sheep with mutations in these genes experience similar symptoms to humans with NCLs. Over the last 40 years, research on these animals has led to many advances in our understanding of NCLs. Some of these include discovering the “lipofuscin-like” material that builds up in the body of those with NCLs, which is a major cause of the impact on the brain and learning. More recently, these animal models have been guiding new drug and gene therapy approaches that might one day help people with NCLs.

Learning more how these genetic conditions happen in animals can shed light on many aspects of how they occur in humans, not only for the development of new therapies for rare human diseases, but also to better understand the conditions in general. If you’re interested in learning more about the genetic diseases mentioned in this article, visit ThinkGenetic for more information, answers to common questions, and more.